IT'S OFFICIAL: THE AMPUTEE AND PROSTHETIC CENTER IS HOUSTON'S BEST PLACE TO WORK!! 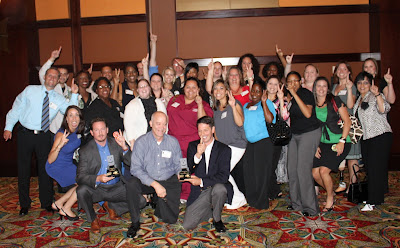 For the second year in a row, The Amputee and Prosthetic Center (TAPC) has been named #1 on the Houston’s Best Places to Work List. In addition, their parent company, TMC Orthopedic, was ranked second!

At the awards ceremony on June 24 at the Hilton Americas, TAPC’s Founder and CEO Joe Sansone was obviously taken by surprise by his company’s unprecedented two-year achievement. “It’s so meaningful to receive this award, above so many others, because this honor illustrates that our company’s commitment to our employees has indeed been recognized,” he said. To think that of all the businesses in Houston, my two companies are the best to work for couldn’t make me prouder."

A subsidiary of TMC Orthopedic, TAPC was created in 2004 as a response to several amputees’ objections that their needs were not being met by prosthetic providers. Sansone’s initiatives, coupled with the skills of Chief Prosthetist Ben Falls, thrusted the company into the national spotlight as they were highlighted on the covers of periodicals, dozens of television news stories, and by the Associated Press across the country. Joe Sansone was recognized by the Amputee Coalition of America as Professional of the Year in 2008.

“This distinction is so impressive,” said Sansone, “because the winners are not determined by a third party who evaluates our policies.” Scoring for these awards was based on employee responses to an anonymous online survey, and those scores are compared with all applicants to determine ranking.

Sansone summed it up in saying, “There’s no greater gift employees can give management than to let the world know they think their company is the best place to work.”

Posted by Amputee and Prosthetic Center at 6:58 AM No comments: