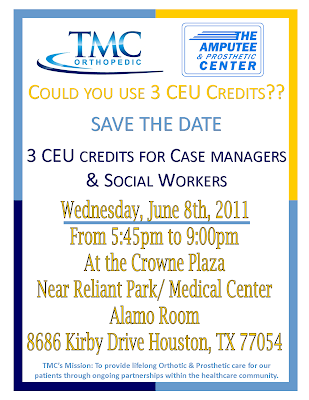 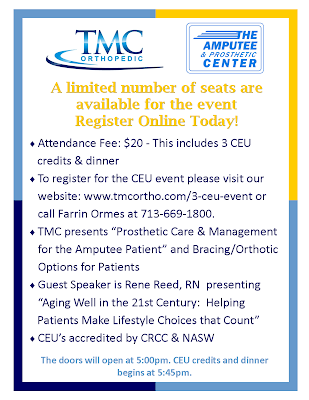 Amputee Returns to his Harley After Above Knee Amputation

"Live to ride and ride to live" is a common phrase among motorcyclists', but it is more than that for one young man living in Colorado. Dan Lehman, who tragically lost part of his leg in a motorcycle accident in 2010, plans on riding in this Sunday's Sandhill Poker Run. If the weather is just right, he will join lots of other riders in this journey through Fort Morgan, Colorado.

In May 2010, Lehman had just picked up his bike from the repair shop and on his way home, when another motorcyclist under the influence of alcohol crossed into his lane and hit him. Lehman lost part of his left leg in that accident and it would heal correctly which led to more surgeries and rehabilitation. He finally made one of the hardest decisions of his life, to amputate his left legt above the knee. The motorcyclist who hit Lehman has been sentenced to three years in prison, as featured in The Fort Morgan Times.

Lehman has been looking forward to this upcoming ride since May 21, 2010, when the accident changed his life forever. He states, "I've got a lot of drive, and I wasn't going to let this hold me back."

To find out more about how Lehman customized his bike, please visit our Facebook page.
Posted by TAPC Blogger at 5:19 PM No comments:

Are you at risk of losing a limb?? Facts you need to know!

April has been dedicated the first National Limb Loss Awareness Month. There are many educational articles written on how to prevent limb loss, how to care for limb loss and many national limb loss statistics.

Until then, please click here and visit the ACA website to educate yourself on the proper procedures of preventing limb loss and dealing with limb loss.

Information provided by the ACA risk Assessment located at http://www.amputee-coalition.org/Limb-Loss-Awareness/
Posted by TAPC Blogger at 9:50 AM No comments:

Later on this month is the Grand Opening for our new Beaumont location. The anxious staff of TMC Orthopedic & the Amputee and Prosthetic Center coudln't be more excited for this endeavor and to provide the best care possible to those living in Southeast Texas. The Grand Opening will be held on Wednesday, April 27, 2011 from 3:30PM to 7:00PM.
TMC Orthopedic's New location is at:
4410 Dowlen Road, Suite 101A
Beaumont, Texas 77706
Please feel free to stop by anytime during business hours (8:00AM to 5:00PM) to check out the new state-of-the-art facility. If you want to attend the Grand Opening, mix and mingle among others and get the inside tours of the facility, please RSVP to 1-409-892-2215 or email formes@tmcortho.com.
Don't forget to check us out on Twitter & Facebook
Posted by TAPC Blogger at 3:42 PM No comments:

The wrestling match held on January 12, 2011, at Belvidere High School was Heriberto (Eddie) Avila's senior night as he took to the mat to challenge Sean McIntyre, a senior at Genoa-Kingston High School, for the last wrestling match as he knew it. McIntrye executed a legal, by-the-book move to takedown Avila and in the process the crowd heard bones cracking and the painful scream of young Eddie cry out. Avila's tibia and fibula were broken and severed an artery, which led the Doctors of St. Anythony Medical Center in Rockford, IL to amputate his left leg above the thigh. A distraught McIntrye refuses to comment to Dirk Johnson, with the Chicago News Cooperative, about his feelings and refusing to wrestle at the next match. Throughout this gloomy situation, Eddie Avila has found the light of forgiveness and is hoping and praying that Sean McIntrye one day forgives himself and returns to the mat. Avila comments to Dirk Johnson, "There is no one to blame. This was an accident." To read the full story click here!
Posted by TAPC Blogger at 10:52 AM No comments:

This article takes you step by step in home exercises to help build strength, endurance and flexibility. Click here to learn about these exercises to keep in shape!
Posted by TAPC Blogger at 3:22 PM No comments:

Surrounded by her children and grandchildren with eager eyes, Debbie Rivera took her first steps in 22 months. Limbs of Love gave Debbie and her family more than chocolates on Valentine's Day, they were able to give her back her LIFE. Her first steps looked as if she hadn't stopped walking at all. Her family and Limbs of Love couldn't be more proud of the work the Amputee and Prosthetic Center put in and especially the fittings by the Amputee and Prosthetic Center Prosthetist, Rebeca Guajardo. Please take a moment to see photos and view the Fort Bend Sun article!
Posted by TAPC Blogger at 10:47 AM No comments:

On a chilly day in Sealy, Texas Limbs of Love was proud to partner with the Holmes family and the Talan Holmes Charity Golf Tournament went as planned!!! Take a moment to read about the amazing day! click here
Posted by TAPC Blogger at 7:39 AM No comments:

REMINDER: Don't forget that the Limbs of Love charity golf tournament for Talan Holmes is tomorrow February 11, 2011 at the River Ridge Golf Club located in Sealy, Texas.
Posted by TAPC Blogger at 8:55 AM No comments:

Step into the life of Talan Holmes and meet his wonderful family. Click here to watch the amazing story unfold. Limbs of Love is PROUD to help the Holmes' family with the golf tournament. Don't forget to sign-up if you haven't already.
Posted by TAPC Blogger at 1:54 PM No comments:

Limbs of Love is featured in the Houston's Chronicle's La Voz edition, recognized for helping the Hispanic community. http://www.chron.com/disp/story.mpl/sp/promo/top/7344050.html
Posted by TAPC Blogger at 2:28 PM No comments:

Support Talan Holmes, play golf AND win a 32' TV...What could be better?

Just incase you hadn't heard, there is a raffle for a 32 inch Toshiba LCD TV for the Limbs of Love Golf Tournament for Talan Holmes. If you are signed up by Thursday, January 20th by midnight then you will be entered to win! GooD LucK~! Click here to register!
Posted by TAPC Blogger at 10:37 AM No comments:

Limbs of Love is partnering with the family of 7 month old, TALAN HOLMES, to help raise funds for his medical bills. Talan was born without a right arm, right lung, a hole in his heart and in March he will get his right leg amputated below the knee. His parents, Devin and Courtney Holmes, have insurance but it doesn't cover all the costs associated with this procedure. There will be a charity GOLF tournament on February 11th in honor of Talan Holmes. Please take a moment to meet this unbelievably strong family by clicking here.
Posted by TAPC Blogger at 9:44 AM No comments:

Limbs of Love's 'Cheetah Girl' explains her happiness and motivation.

Click here to check out our 'Cheetah Girl' in Orthopedics This Week and how her new prosthesis keeps her motivated to race in the Paralympic Games in 2012!!
Posted by TAPC Blogger at 12:53 PM No comments: