Friday proved to be a very emotional day at NBP, as we met three Limbs of Love recipients and their families for the first time. 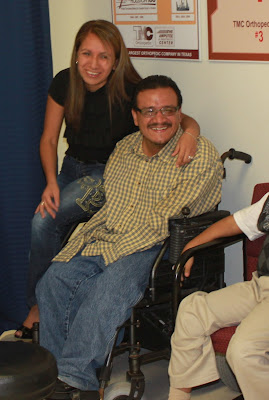 The first recipient, Jorge, lost both of his arms and one of his legs in an electrical accident at the age of 14. Although he doesn’t have arms, Jorge has adapted to life—even learning to drive with what arms he does have when his wife was pregnant with their son and could no longer drive herself.

On Friday Jorge was joined by his mother, wife and two young sons and they were ecstatic about Jorge getting his life back. Jorge could not be more grateful, as he extended his thanks to everyone at Limbs of Love for allowing him to become a whole father, man and husband again. What he is most looking forward to once he receives his prosthesis is playing at the park with his sons for the first time instead of watching from his wheelchair on the side.

Victor, the second recipient, has not allowed the lack of a proper fitting prosthetic device slow 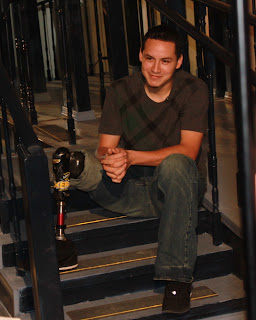 him down. After being diagnosed with bone cancer at 11, Victor underwent an amputation to save his life. Growing up, he refused to use his amputation as an excuse, participating in various extreme sports alongside his friends, his favorite being snowboarding. Now 26, the prosthesis provided to him through Medicaid no longer fits, and he is constantly fixing and making alterations to his leg in efforts to continue working and living his life. His mother, sister, and nephew feel his optamistic attitude and overall outlook have gotten to him where he is today. 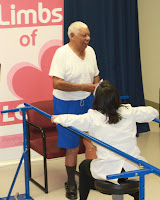 The third recipient, Alejandro, lost his leg after falling off a platform while working at a petroleum plant. He currently walks on a prosthesis that cuts into his skin, preventing him from participating in day-to-day activities. His friends, family, and members of the church all came to support Alejandro and thank Limbs of Love for the work we do for amputees.

There were lots of tears as the recipients shared their stories and hopes for the future. Thanks to Limbs of Love, their futures look bright as they envision the endless possibilities that will be available to them with their new prosthetic devices.

Posted by Amputee and Prosthetic Center at 12:39 PM